Inflammation can be linked as the root cause of almost any ailment or illness a person has. It can lead to weight issues, fibromyalgia, hormone imbalance, thyroid issues, autoimmune problems, high blood pressure, and many more. Too many people are suffering with chronic fatigue, joint pain, headaches, diarrhea, and more. Our Journey to Wellness chiropractors in Frisco TX are here to help you prevent these issues from taking over your life.

In 2004, Time Magazine had an article titled “The Silent Killer” – the surprising link between inflammation and heart attacks, Alzheimer’s and cancer. Inflammation is called the “silent killer” because it is silent. Most of someone’s inflammation, they have no idea exists. When left undetected, this swelling in the body leads to most, if not all, of chronic health issues, fatigue, and pain.

So what is inflammation exactly? It is a normal response in the body, meaning it is a natural biological response of body tissues to harmful stimuli, such as pathogens, damaged cells, or irritants, and is a protective response involving immune cells, blood vessels, and molecular mediators. Simply put, anything that doesn’t belong in your body, naturally, is considered harmful and your body must have an inflammatory response to repair and grow.

A major problem mentioned in the article, was that most doctors at that time did not understand what was causing the inflammation in their patients, and so no real treatment was being given other medications, many of which produce other negative side effects. This gap in understanding is the reason many continue to suffer with chronic pain and other dis-ease.

Inflammation manifests differently in everyone so there is no “one size fits all” solution. In one person, failure to reduce inflammation results in high blood pressure; for another it’s weight gain; for another it’s fatigue. And because it’s different for everyone, it’s important to get a personal understanding of where the inflammation is coming from. At Journey to Wellness, we recommend first and foremost getting tested properly. Our team can guide you through that process.

The Natural Way and searching for answers

You may be reading this today because you’re looking for answers. You feel like your doctor doesn’t understand what you are going through and neither do your family and friends. You’re tired of all the medications. For many of our patients, they had even given up hope of ever feeling better again.

There is another way! At Journey to Wellness in Frisco TX, we approach each and every person’s symptoms with personal attention and work with you to understand what is happening specifically in your body, why it’s happening, and the most natural path to get help you get your health back in a healthy and natural environment. 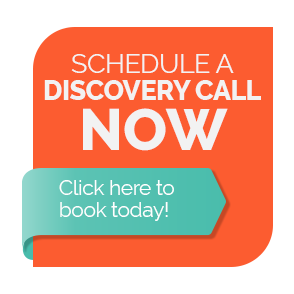 Monday
Available by Appointment
via Telehealth

Tuesday
Available by Appointment
via Telehealth

Wednesday
Available by Appointment
via Telehealth

Thursday
Available by Appointment
via Telehealth

Friday
Available by Appointment
via Telehealth